Posted on March 11, 2013 by Char of inkydancestudios

Body language is a powerful voice: You’re at this party telling your friend something you’re quite passionate about.  He stares at you and lifts both eyebrows, just a little.  Now you’re annoyed.

He’s just showed you he’s skeptical about what you said. This can be more infuriating than if he’d come right out and argued with you. 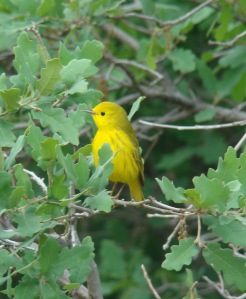 We all use body language: Toddlers pout or slam things around when they’re unhappy.  They can’t access the words yet, so they let their actions get them what they need.

Wild and domestic animals let their actions/behaviors tell others what they need, too.

The problem with animal “talk” is that most of us don’t listen, nor do we believe unless it’s something we’ve known forever.

We  recognize our dog’s happiness. She wags her tail when you come home, jumps around when you get her leash, and some dogs even smile. We know when they go belly up they either want a tummy rub or they’re being submissive.

If they’ve strewn contents from the waste basket all over the house you can bet that belly-up routine is anchored in their genetic memory. They don’t want to be kicked out of their pack (aka your family) because they’ve misbehaved.  Being kicked out is usually a death sentence for many wild animals.

When you’re asking your dog a rhetorical question like, “Do you want a treat?” and your dog sneezes, that means something.  For years I wondered why my dogs did that. Finally I understood.  A sneeze means, “Yes!”  Check this out with your own canine.

Sometimes your dog gives his skin a vigorous shake. Bet you’ll find he does that when you let him know you’re going to do something with him.  It’s like he’s saying, “Okay, I’m ready!”

Research: My daughter-in-law gave me a silly gift once, a dog translator called a Bow-lingual. (It costs between $20 to $49 depending where you buy it.) It’s two devices. One is put on your dog’s collar and the other is your receiver that interprets noise your dog makes.  It was developed by Dr. Suzuki of the Japan Acoustic Laboratory where he analyzed over 5,000 dog vocal noises in consultation with animal behaviorists.

The reviews on Bow Lingual range from good to horrid. One video shows a dog’s master playing with the dog when someone knocks at the door.  The dog half-heartily barks and goes to the door.  Then sits and stares back at his master.  The conclusion:  Bow Lingual didn’t work because it translated the dog’s bark into, “I’m sad.”  The owner said the dog was always mad when someone came to the door.  Personally, I think the Bow Lingual translation was spot on. That knock interrupted his playtime.

Family members visited us with their dogs. My dog, Nonnie, seemed despondent. I put the Bow Lingual on her.  When one of the other dogs came too close to her the readout said, “I’m not happy.” 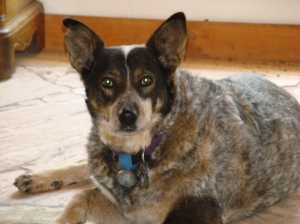 One dog kept bulling her in subtle ways. When the readout said, “Careful, I might bite.” I decided it was time to give her special attention.  We went for a walk, and a few yards from the house she spied something small and pink.  She rushed over to it, sniffed, then turned away.  The readout said, “That’s not what I want.”  It was a paint ball left by one of my grandchildren.

Unexplainable: Once a male bluebird kept pecking at my studio window where I sat working on my computer.  The window was open so he wasn’t fighting his reflection. He’d peck at the screen, sit on the tree branch, then fly to the screen and peck some more. I was baffled. 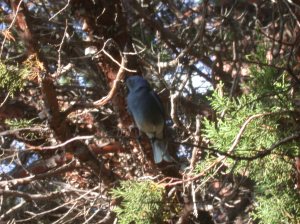 Male Mountain Bluebird at my window

My husband showed me a female bluebird pecking at his office window, too.

We stared at each other then dashed out the door and started checking each box.  One of the boxes had a nest with two eggs.  The wire holding it had broken and the box tilted pecariously to one side.  A male and female bluebird watched from the top of a tall pinon tree while we repaired the little house.

You may draw your own conclusions, but I don’t care to underestimate the intelligence of these little creatures.

What does this mean for writers? Maggie Smith in the television series (Season Three) of Downton Abbey picked up a Christmas Card, glanced at it, then set it back with a dismissive wave of her hand. This left the viewer wondering what she’d found offensive with that card.  Think about it, that simple act brought the viewer right into the action for a moment.

When a writer shows an emotion the reader becomes more involved than if the writer had spelled it all out by saying, “She knew those relatives didn’t wish them a Merry Christmas, or for that matter, wish them anything merry at all.”

When I watch visually rich productions like Downton Abbey I study the body language to find new ways to show emotion in my writing.

How do your readers know what your characters are feeling?

(Next: I Hear Voices Part III–Finding the True Voice)