Posted on March 27, 2013 by Char of inkydancestudios

I used to teach teachers how to teach writing. They’d ask, “How do you give the characters’ different voices?” 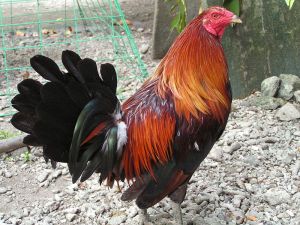 Tempo: Whenever my grandfather spoke it didn’t matter if the story was happy or sad. He spoke in a slow, deliberate, and low voice punctuated with deep short chuckles.

One of my closest friend’s voice is a soft machine gun that never stops to reload unless she takes time out for a room-filling laugh.  Another friend’s tone emanates like a headmistress, unless she’s had a few glasses of wine. Then she sounds like my too friendly hairdresser.

Woman to another in a restaurant: “See him, that tall one over there?” Second woman nods. First woman: “Don’t look, turn around. I think he’s emotionally wounded. Did you see that scar on his face?” Second woman starts to say something but the first woman cuts her off. “Whatever happened to him emotionally caused him to spend time in prison.”

I have dozens of notebooks filled with converstational snippets from strangers.

But how do you write about something when you don’t have any contextual experience?

Dialect: A friend  in the sheriffs department told me terrific tales about some closed cases.  One involved the disappearance of a rooster.  He didn’t go into details about the reason someone might steal the man’s rooster, but he shared the ending of the story with me.

This story was too good to leave alone. I knew nothing about cock fighting, didn’t understand how people could be so cruel, and had no idea how anyone involved in such an activity could justify these actions. But I knew this was my story.

My big problem was that I didn’t know the lingo, the jargon,or the people in the world of cock fighting.

Google to the rescue! I discovered a defunct magazine that dealt with cock fighting. Then I discovered  some threads and forums. The forums gave me the voices of real people who argued about the current trends to ban cock fighting

I can’t think of a better way to capture the tone, the emotion, and even some rational arguments about how they clearly didn’t see anything wrong with that so called sport. After reading several of these I was off and writing an award winning  short story for the Writer’s Digest Crime Competition.

It doesn’t matter if you just write emails, letters, instructions, or novels you’ll want your voice appropriate for your audience. If you’re writing dialogue then eavesdropping on strangers, keeping notebooks on conversations, and lurking on forums or threads can be your key for the right tone and dialect.

Voice is the sparkle, the glue, and the life in any writing. Writers have lots of tricks for putting the voices in their heads on paper and making them believable.  What are your tricks?

Writer by nature and for the soul. Educator for life. Artist for love. Passion: All things good and true.
View all posts by Char of inkydancestudios →
This entry was posted in Pen Points and tagged creating conversations, finding the right dialect, improving voice in writing, teaching writing, voices, Writers Digest, writing dialogue. Bookmark the permalink.